the twilight zone of Justice Tirian

By admin on September 28, 2016
This is a picture above of Justice just moments after loosing his lunch all over his bib and side……crazy, right?!

Justice turned 11 months yesterday. And when I was thinking over the month-what he’d learned, what his milestones were- it was all heavily overshadowed by one all consuming fact. Justice barfs. And not just a little bit of spit up, oh no. He goes hardcore exorcist on everything around him. I think we probably perpetually smell like puke. I have started putting a thick blanket down under his crib because his carpet was getting so stained from all the throw up from his nearly nightly barfing episodes. He would calmly go to sleep and then about 2 or 3 hours later he’d wake up, fuss a little bit and then start loosing his cookies all over everything ( and everyone, if you were the lucky parent who tried to pick him up and calm him down). I started making notes in my phone and he probably throws up about 7 to 10 times in a week on average. I’ve learned a few tricks to help him from barfing EVERYTHING up….you know, make it a “small barfing event” rather than a cataclysmic “now we need to clean the whole house and do three loads of laundry” type thing, but so far I have yet to find a reason or a pattern for the actual throwing up.  He’s had blood work done to see if he’s allergic to anything. Nothing.
I’ve taken things out of his diet that he seemed to throw up a lot. But nothing seems to make a difference. I’ve waited longer after giving him milk before putting him to bed at night and I have learned to never ever push food or drink on him-even if it means that he hasn’t had more than a few ounces of milk or water in a whole day!* If I DO try to get him to drink or eat when he pushes it away, then I am most DEFINITELY in for it… It seems to be worse when he has a cold. Then he’ll up his barfing to a whole new level. And maybe the fact that he’s teething right now? its not like he’s snotty or anything….but maybe?! Maybe…maybe….every day I’m considering another possible theory. And yet the the barfing continues. Night and day. The longest stretch we’ve gone without him throwing up in the past few months has been three days. Randomly at a meal, while playing, after going to bed, while getting his diaper changed…sitting, standing, laying down….You never know when he might let loose. 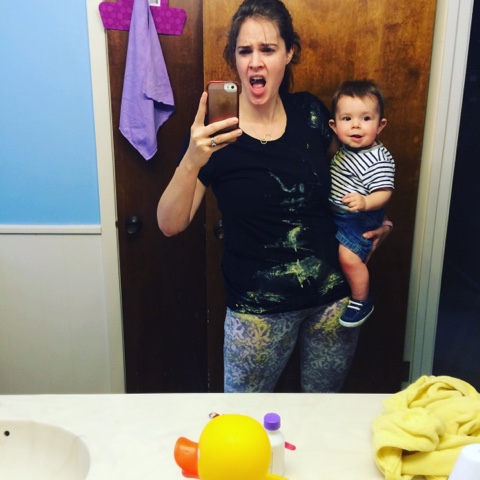 But here’s the thing. Justice is a pretty chill and laid back baby. He can be a little fussy before he actually throws up, but rarely. He’s always suuuuper happy after the fact. And yes, he’s small for his age ( he was in the tenth percentile at his 9 month appointment, and since things have not gotten better, and have possibly gotten worse since then-I can only imagine where he is now, and I doubt its very high), and when I weighed him today after about 2 weeks, he’d actually LOST weight from the previous two weeks. So yes. He’s small, but he’s still got cute chubby cheeks and squeezable thighs… 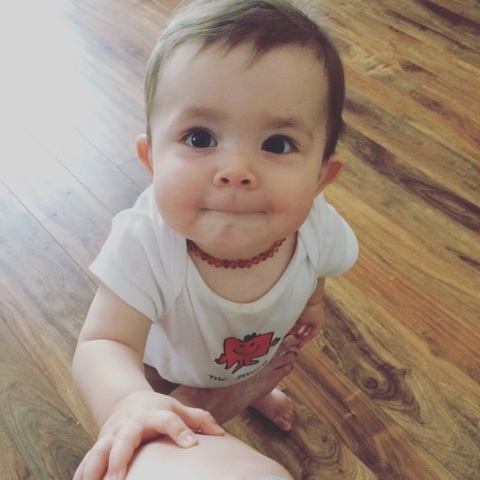 *So you can imagine how his lack of eating and drinking also stresses me out! He keeps loosing weight! He completely cut me off breast feeding about half way through the past month, but he refuses all bottles and everything but a regular straw for drinking. So its not like he went from breast feeding to getting his milk in some other fashion! Oh no, this kid drinks like my 6 year old, just a little here and there- in fact, now that I think about it, my 6 year old may drink more then he does!

I feel like people are just so chill about his barfing when we’re around others or when I tell people about it. No one else seems to be worried. And most of the time I’m not worried either. And then he throws up again.
I feel like I’m living in a twilight zone. Where most of the time it looks like I live with a totally normal 11 month old, but on the side I live with a weirdly sick child. And I don’t have the answer. And its driving me crazy. 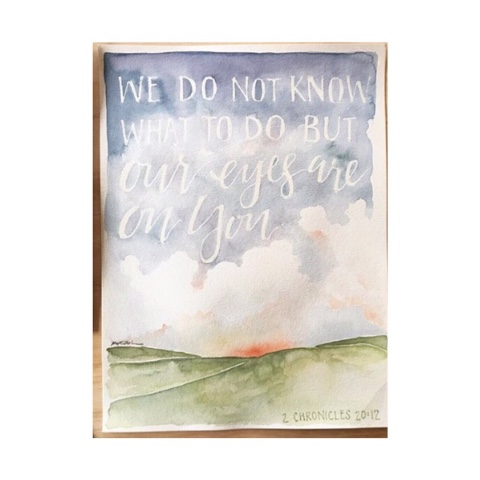 I saw this print on Instagram from one of my favorite artists Ruth Simons and it immediately struck a cord. This is how I feel just about every single day. And right now it is the only thing I can cling to when I’m giving my kid his third bath of the day and doing yet another puke covered load of laundry.