First off, we’ve got GREAT news!

Yesterday’s ultrasound showed some very suspicious white matter in Olivet’s brain- this led the doctors to suspect a virus had eaten away some brain tissue-awful news. An MRI  was done this morning and thanks to the miracle of this blog post you don’t have to wait hours and hours to learn that it came back ALL CLEAR for infection! This is very exciting and also means that since her bilirubin readings are reading ( still high but not TOO high) stable for the past few days and she’s had those nice helpful blood transfusions- her time in the hospital is hopefully coming to a close!! Hooray!
Of course, she’ll still have to have her blood drawn every two weeks to make sure the anemia isn’t getting to dangerous levels again and then she’ll still have those tests in 2 months that I discussed in detail in my last post to find out what is causing the anemia- that she’s been completely healed. But at least we’ll be able to put this particular chapter of Olivet’s health journey to rest. 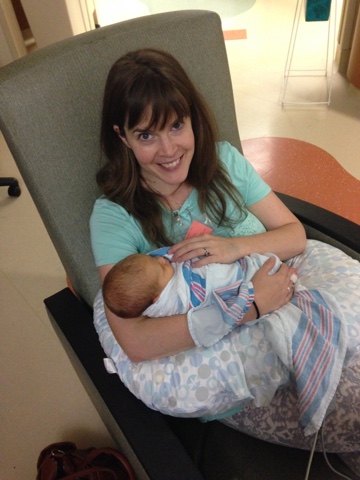 Helpful things to pray for:
The nature of anemia in an infant is that Olivet had crash level blood stats when she was taken to the hospital here in San Antonio but you wouldn’t have known it to look at her ( because all babies are sleepy for the most part). As you can imagine this is scary for a parent to think about and we pray the Lord’s continued protection over her. So far every step of the way, even in the smallest of “accidents” she has gotten the care that she’s needed when she needed it. ( For instance, a faulty blood test in Nacogdoches meant that Anna was able to get an “emergency” doctors appointment with my doctor in San Antonio as soon as she arrived rather then the next day…and my doctor sent her immediately to the emergency room). 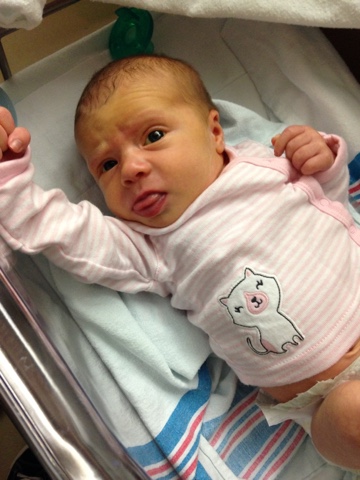 Also, its pretty imperative for Olivet to have a super great pediatrician when they return to Nacogdoches however their insurance is not currently accepted with the pediatrician she has been seeing ( and who Anna has taken all her girls to see for the past 5 years) and they’re suppose to change to some unknown doctor this next month ( literally the ONLY doctor in town who takes their insurance. Not really the reasons you want to go by when picking a doctor) Could we pray for a miracle that somehow they would be able to keep their current pediatrician?

And of course, as I mentioned in my last post pray that all their physical and practical needs would be met as they deal with the financial fallout of this last month- I’m just the sister so I don’t know details, but I do know hospitals so- I bet it isn’t pretty.

And last, but definitely not least, I am praying for complete healing for Olivet. That come two weeks ( much less 2 months) when they do blood tests they’ll find no anemia at all.

I know without a shadow of a doubt that the Lord can do great and wonderful things and I believe that He can and will ( and maybe has already started!) to heal little Olivet’s body. In fact, I got something really cool in my quiet time today that encouraged me about this very thing. I’ll post it tomorrow!

But I’ll leave you with this last thought…this time tomorrow Olivet could actually be out of the hospital! Wouldn’t that be wonderful?! Let’s pray that happens together!