At the beginning of the summer I had a Mommy/Daughter date planned for Tabitha and I, but due to the craziness of life and Brett being out of town I had to cancel it last minute.

Thankfully this past week I received a text from my sweet friend Katie inviting Tabitha and I to join her and her daughter for a play at the local children’s theatre. I jumped at the chance and I think it was a grand success ( even though the play itself was decidedly awful*)

If you don’t mind I’m going to document our little date here so that one day I can look back and smile ( read: bawl my eyes out)

We started our date in good girl fashion by picking out our outfits and getting ready. I let Tabitha wear whatever she wanted and when she heard the name of the play we were going to see was “La Cinderella” she made her choice very quickly!  She then went on to pick my outfit for me and also the accessories that we both wore.  She was also very much insistent that she and I wore the same lipstick and then she made sure to pack her lip smackers “lip stick” in her puppy purse for the much needed re-application later in the night. 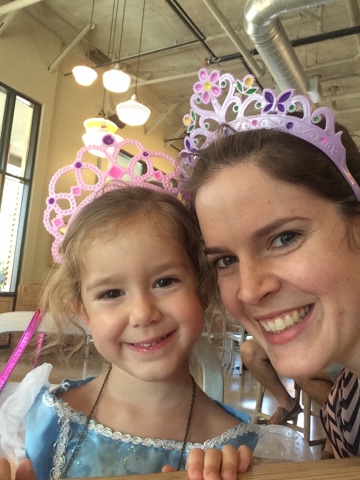 We then took “prom style” pictures by the front door while Daddy and brothers fawned over her. ( Seriously, Ransom’s compliments and kisses for his sister were so sweet! Sure, he was mostly excited just to get his “guys night” started with Daddy…but he also accomplished making his sister feel special, which was great.

Then off we went in the car by ourselves. Tabitha tends to really like going on little trips alone with me , I know this because she always starts telling me how much she loves me every few minutes. Tabitha’s love language: Quality Time. 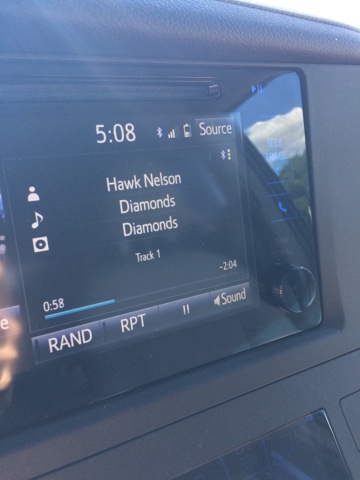 I asked Tabitha what music she wanted to listen to and she asked for the “dust to diamonds” song. Luckily, we listen to enough Christian Radio that I was able to narrow down which song she meant pretty quickly, and found it on demand on the Amazon Prime Music App.

After listening to her song several times in a row followed by a few listens of “Let it Go” and “Move it, Move it” and her letting me know that her REAL favorite songs were Twinkle Twinkle Little Star and the ABCs song, she then admired the clouds and the beautiful sky- finally arrived at dinner with our friends. 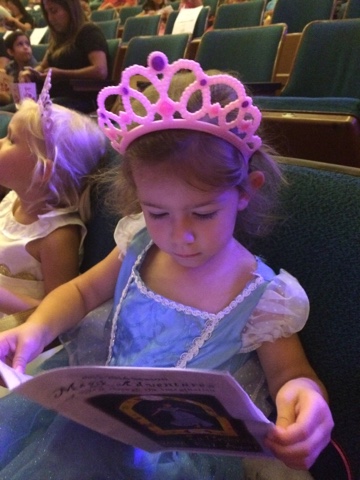 We had a tasty dinner at a wonderful cafe called Cafe Lorraine downtown at The Pearl and my only regret is that we were a little rushed and didn’t get to “savor” our time there as much as I would have liked! It’s kind of a dreamy spot for a little ( or big) girl on a date complete with a green lawn, twinkle lights and tasty food… we definitely got a lot of stares from admiring “fans” as we paraded back to our cars to head to the theatre….little girls in frilly dresses and crowns will do that.

We carpooled to the theatre, and my friend and I enjoyed listening to Tabitha and her friend chat in the backseat, overheard:
“It’s important to obey your Mommy and Daddy!”
“Oh yes, and to be sweet and kind…AND PATIENT”
“YES! Patience is very very important. And to be loving and share….”

Haha!  Honestly I wish I had recorded more of their little chatter! 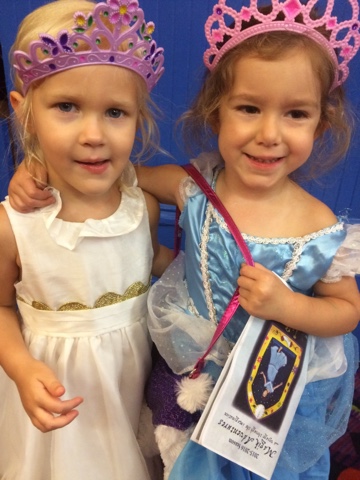 The Magik Theatre is super cute and decorated with a child’s eye in mind and I think Tabitha and her little friend were kind of overwhelmed with the stage and the seating. We ate jelly beans ( that had been conveniently packed in Tabitha’s puppy purse) and the girls “read” their programs. Sadly the play itself was a bit too “old” for our girls, and yet, because of some of the crude jokes and crass choices, I’m honestly glad our girls were too young and hopefully didn’t notice or get most of what was happening. My friend and I were definitely bummed that Children’s theatre has clearly lost its innocence and that we now have to “preview” theatre as well as movies…but such is life! And we ended our night playing in the WONDERFUL Hemisphere Park: Yanaguana Garden. I had read about it opening a while ago, but had totally forgotten that it was open! Anyway, the girls ended up playing for a while and enjoying the “late night” ( it was already an hour past their bedtimes!).

Tabitha was verrrry sleepy when she got home, but was met at the door by here very excited brother who had clearly had a great night too!